STEM Wana Trust was formed in January 2019 and became a registered charity in March 2019. Its core mission is to engage and inspire a new generation of scientists, technologists, engineers and mathematicians (STEM) through creative community initiatives and events such as Aotearoa’s first ever STEM Festival in 2019 which won an award for Event Excellence.

In 2020 the Trust reimagined STEM engagement in a COVID-19 world and with the support of local, regional, and national funders was able to deliver on a STEM programme of community events, culminating in a STEM HQ Discovery Centre which welcomed ~3,500 visitors over a period of three months.

In 2021 the Trust developed and delivered on a series of outreach activities around the Bay of Plenty and started work on planning and organising the second STEMFest in December 2021.

What does ‘Wana’ mean?

Tauranga STEM Festival (STEMFest) was the first major project developed by the Trust.

In 2019, Tauranga STEM Festival was the first event of its kind to be held in New Zealand as part of the global celebration and the first ever Ada Lovelace Day Official Partner Event outside of the U.K. We are proud to run in conjunction with our sister event Peterborough STEM Festival in the U.K.

Some interesting stats from STEMFest 2019…

The concept for STEMFest was originally inspired by Ada Lovelace Day (ALD). Ada Lovelace was a mathematician who worked with Charles Babbage and was considered the first female computer programmer, before computers even existed, back in 1843.

ALD is an international celebration of the achievements of women in science, technology, engineering and maths. It aims to increase the profile of women in STEM and, in doing so, create new role models who will encourage more girls into STEM careers and support women already working in STEM. 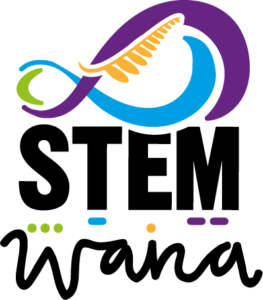